Don’t Judge a Book By The Jacket 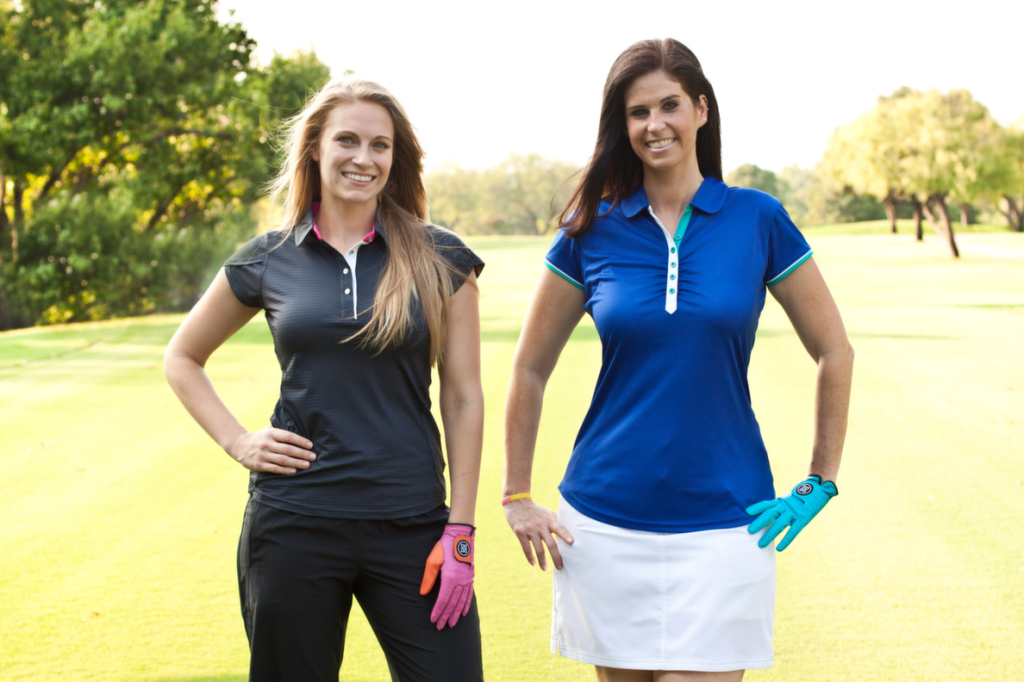 When I told my photographer Brad I was about to write a post on Sunice he said, “Whatever you say about them, just say they are amazing!”  He went on and on that his two new Sunice polos were now his favorite golf shirts.  A few months ago, I would have scoffed at this statement.  Much like I did when he told me he liked the faint smell of skunk…but that is a whole other issue (Proof guys are strange).  After reviewing the Sunice collection, I can support this notion.

I was aware of Sunice, but I had never personally seen one of their items until this last March, at the Shell Houston Open.  It was pouring down rain.  I was out following Graham DeLaet for a few holes, and walking with his wife, Ruby.  The Rubes (as we call her) had on the absolute best rain jacket I had ever seen.  It was just a black rain jacket, sure, but the length and tailored fit were perfection.   The jacket is just long enough that if you sit down in a wet golf cart, you are protected from moisture with this waterproof gem.  Ruby had received the “Poppy Softshell” jacket at the 2013 President’s Cup.  I turned her around, inspected the tag, and immediately recognized the name Sunice as a trusted outerwear brand.  The Poppy is also windproof, breathable and made of “quiet fabric.”  It hails as my favorite rain jacket ever. 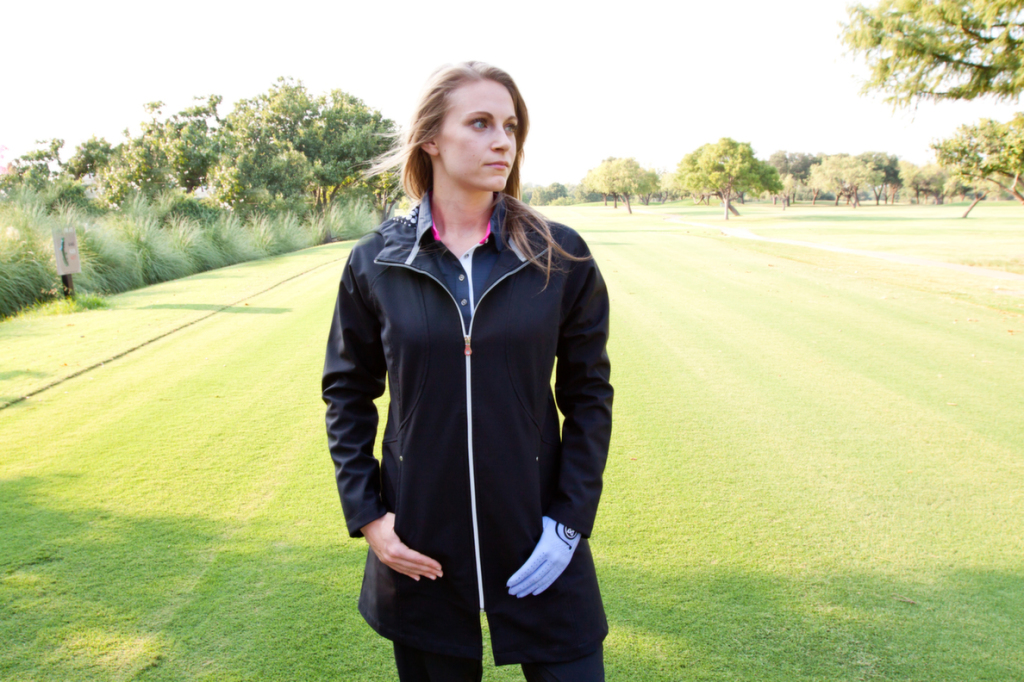 So, as I suspected, Sunice makes a marvelous jacket.  I did not, however, expect to appreciate their golf shirts as much as I now do.  I stand corrected.  I actually stand right above this paragraph in the men’s “Tyler Sweater” made of extra fine merino wool, because I felt it was too nice and comfy to let Brad wear it instead.  I must admit, it didn’t fit me quite as well as the royal blue “Alexa” shirt.  I was able to perfectly pair a “pacific” blue GFORE glove with this shirt to pull out it’s turquoise accents, which created a fun look.  I also really liked the “Gabriella” shirt, with a touch of pink, that Erin wore.  It had an interesting sleeve design and a flattering, flirty fit.

Last, I previewed a few exciting new Sunice designs at the PGA Fashion Show in Las Vegas, last month.  Not only is the current collection stylish, there are more unique and appealing pieces soon to come!  Open the book and check out Sunice.  They offer more than just a fancy jacket. 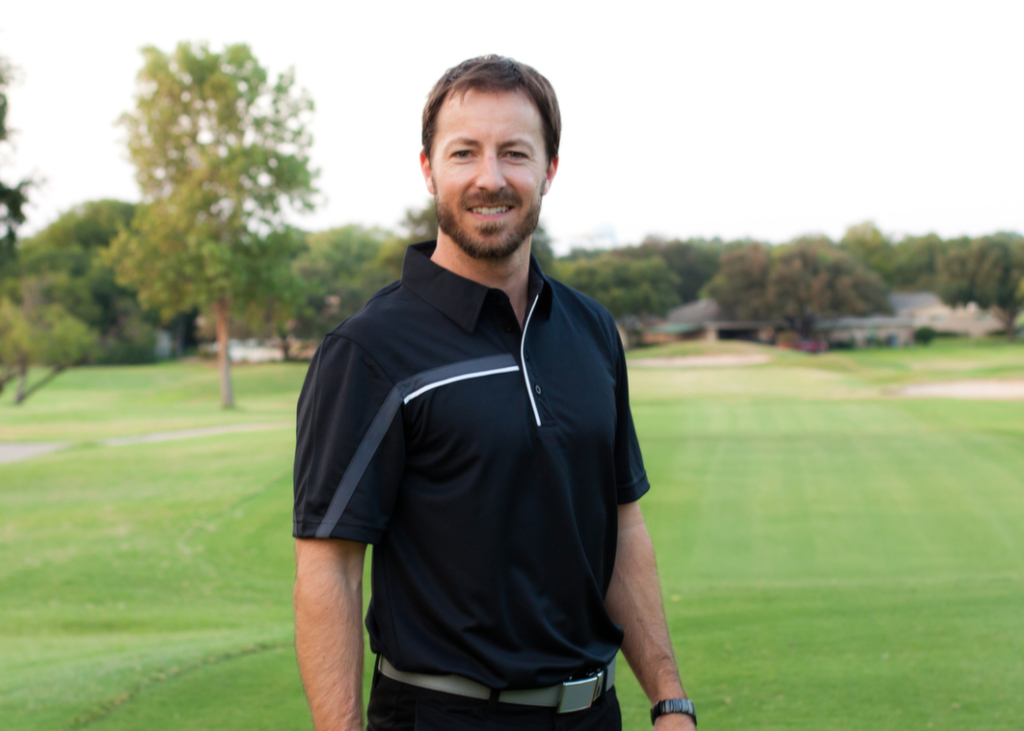 Thoughts on Sunice from the Fairway Threads Review Crew:

Erin- “I loved the rain jacket, except I thought it could be just a tad shorter. Otherwise the fit and fabric were great.  I was surprised by the fit of the Sunice polo. I haven’t had much luck finding the right cut in a ladies polo, and this one seemed to fit great!  It had a nice feminine fit without being too short or wide. The cut of the sleeves was actually my favorite.”

Brad- “Both of the Sunice shirts I wore had a stylish and unique look.  I have worn both shirts since the evening of the photo shoot, and have received multiple compliments on each. You can get a plain black shirt anywhere, but Sunice took a black shirt and created nice accent lines with greys and whites to give the shirt some pop.  Both shirts feel great too.  The material isn’t heavy, but isn’t a light, cheap feeling material either.  It was very hot and humid during the photo shoot, but the shirts did not weigh heavily, nor did they stick to my body at any time.” 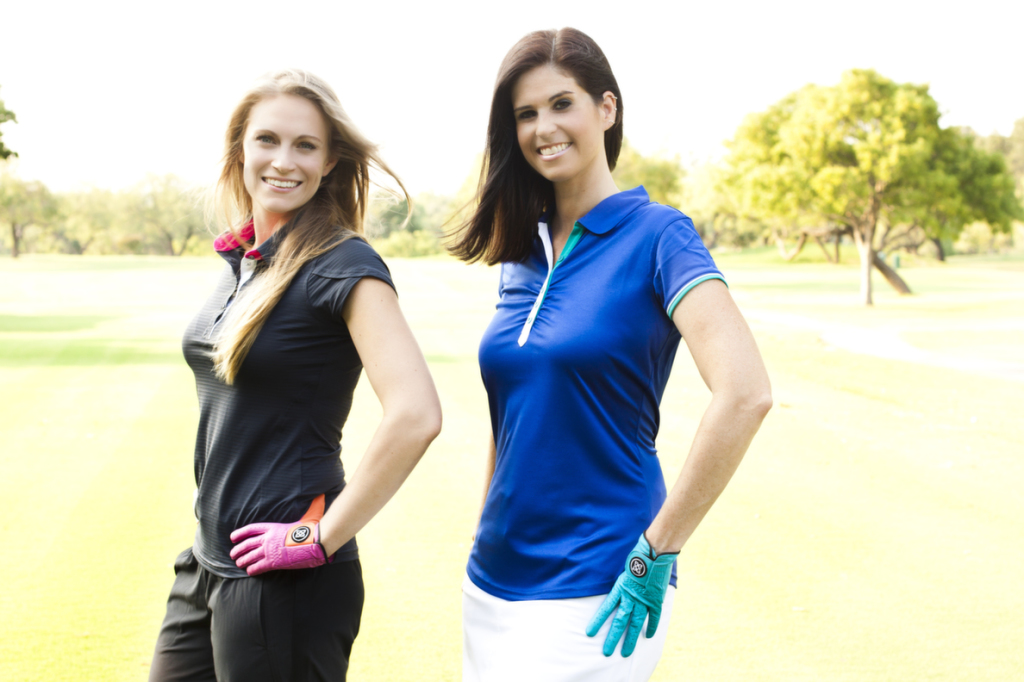 What did you think of the Sunice ladies apparel, Brad?

Brad- “The jacket Erin wore was probably my favorite piece of clothing reviewed that evening.  The look of the jacket was fantastic.  Whether it was worn open or zipped up, it didn’t look too bulky or large, however, it had enough room for someone to layer clothing underneath for colder days on the course or about town.  The hood covered the entire head, but didn’t completely cut off the peripheral vision.  Both Kara’s and Erin’s shirts looked great.  I really liked the color of Kara’s with the bright blue.  The turquoise accents made the shirt!  It was a very subtle color pop, but complimented the blue so well.

Would you purchase Sunice apparel?

Erin-  “I would definitely buy Sunice apparel. I feel I would be able to wear their line on and off the course and could make several outfits with just a few pieces.” 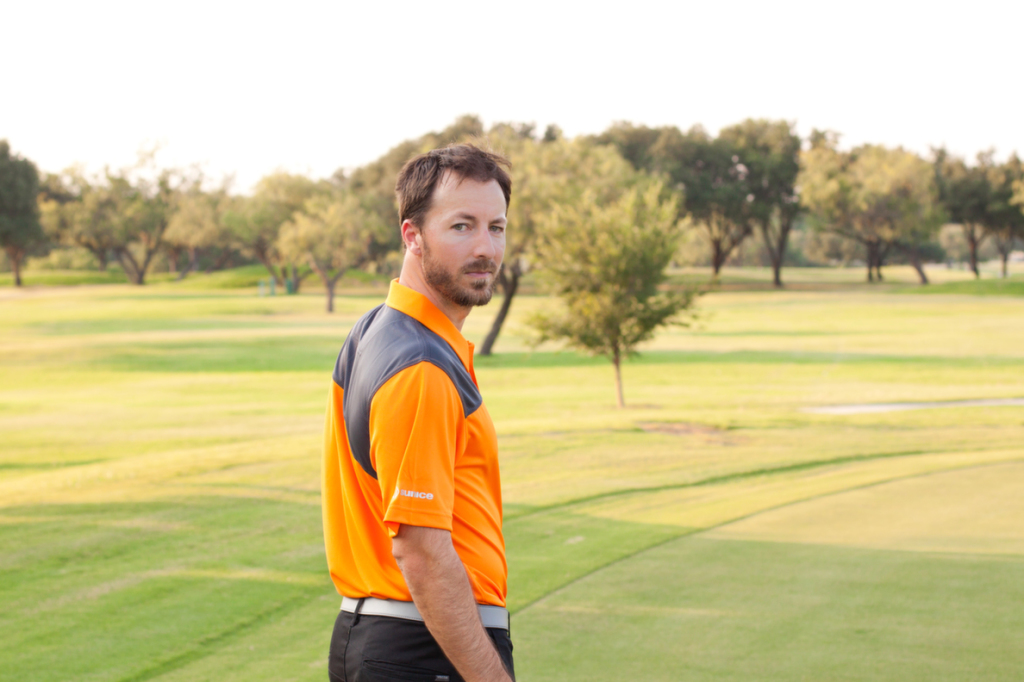