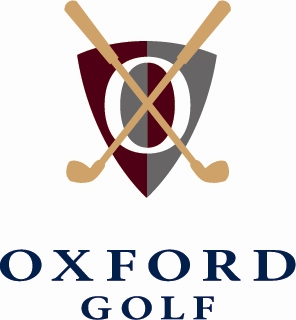 You may, or may not, have not heard of Ted Potter, Jr. or Georgia-based apparel company Oxford Golf, but it’s time to get acquainted with both.  The two have formed a new partnership for the 2013 PGA Tour season, and are hoping it will increase the likelihood you take note of their already established presence in the world of golf.
Potter and Oxford have in common a pretty solid resume.  Potter began his PGA tour career in 2012 and already has one PGA championship to boast of, with a win at the 2012 Greenbrier Classic.  The 29-year-old from Ocala, Florida, has three finishes inside the top 25 this season including a top ten finish at the Northern Trust Open in February.  Potter may not be a PGA superstar, but he has still shown he is on tour to compete and be noticed.
Oxford Golf has been in existence for over 60 years, and adds style to fairways at every level of the game.  “Oxford Golf is thrilled to add a rising star such as Ted Potter, Jr., to our already outstanding list of golf professionals,” says Dave Leveille, President, Oxford Golf.  Oxford is also worn by 2001 PGA Championship winner and 13-time PGA Tour winner, David Toms. The LSU grad has had a loyal partnership with Oxford since 2004.  Oxford has a few other noteworthy ambassadors, including Web.com Tour pro John Peterson, also an LSU grad, and even Sirius/XM Radio host, Brian Katrek.
Potter will be wearing Oxford Golf apparel, with a left chest Oxford Golf logo, at all remaining 2013 PGA Tour events, including the Masters.  “After carefully considering my clothing options, I decided on Oxford Golf because of the classic style of the apparel, coupled with the performance fabrics,” Potter says.  “Partnering with Oxford Golf is a great fit because I can be confident that what I’m wearing will not only look great, but also help me play at my best level.”